Austin. It's a nice enough place. A little humid for my taste, but a nice place. The people are very friendly. We live in a suburb called Cedar Park. When we moved into our apartment, it was blindly done. We had no idea what it would be like. It turned out to be like this:

It's squarish and clean, with high ceilings, tall windows, new paint and new carpet. I like it. Except it took a while to get rid of that iggish new carpet smell, which has a way of lingering FAR longer than necessary in your abode. Especially since you can't just open the windows to air the place out, because it would negate the fact that you're blasting the air conditioning so that you aren't murdered in your beds by the marauding monkeys of humidity that are roaming at large about the land.

(Brief Side Note: The definition of Humidity. The feeling of humidity is most accurately compared to the sensation that a bunch of evil monkeys who had been previously swimming in a giant vat of molasses and honey have crawled out of said vat and are now clinging to you, draping themselves on your till their weight becomes unbearable, and it begins to become a chore to breathe. Sweating then occurs. 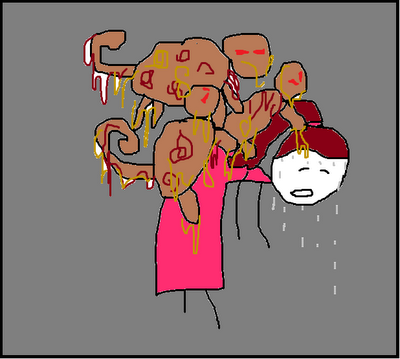 It's really not that humid in Austin. I just wanted to tell what humidity feels like. End Brief Side Note.)

Anyway, other than the smell, the place was lovely. And then the people with our stuff came and delivered it all. There were boxes of various sizes all over the place in tall stacks. It looked like the New York City skyline had moved into our new place with us- I told you that we had high ceilings! We got to work unpacking, and were chugging along just fine until I noticed something out of the corner of my eye.

It was a CRICKET! I got startled and made some kind of wHeLP?!!!! noise while pointing in its general direction, indicating to Andrew that he was to play the part of Knight in Shining Armor, and remove the cricket from the premises. Andrew performed his job admirably, grabbing a large plastic goblet we happened to have sitting on the counter, and running about after the cricket until he got the goblet over its creepy little cricky body. He then took it outside and set it free. There's no point in just killing the things, that's not very nice! The cricket probably just took the wrong exit off of the Insect Interstate, and was trying to find a way back on the highway, and wound up in our place instead. Why kill the thing for taking the wrong turn? I get lost all the time! I don't want to be killed for it!

We got back to work after that, laughing at the encounter. A few minutes later, I saw something out of the OTHER corner of my eye. ANOTHER CRICKET! Sheesh! Another noise and arm flail notified Andrew of the location of the next cricket. No sooner had that cricket been disposed of- we saw another! We jokingly started a tally that reached a serious count of 14 crickets caught by that evening. We tried to figure out where they might be coming from- how could 14 crickets get in while the movers were carrying in boxes? Could there be a cricket infestation at one of the warehouses, and they got into our couch???

The worst part for my nerves came in the evening, when I was jumpy from a bunch of crickets appearing in the corners of my eyes all day. Andrew and I had made progress in the living room, and we now had a place to sit in the middle of the floor and play a game or two. As we were lounging on the floor, relaxing, Andrew managed to get my mind off of marauding crickets and get me to call down- until, that is, he looked right behind me and said, "Don't panic." 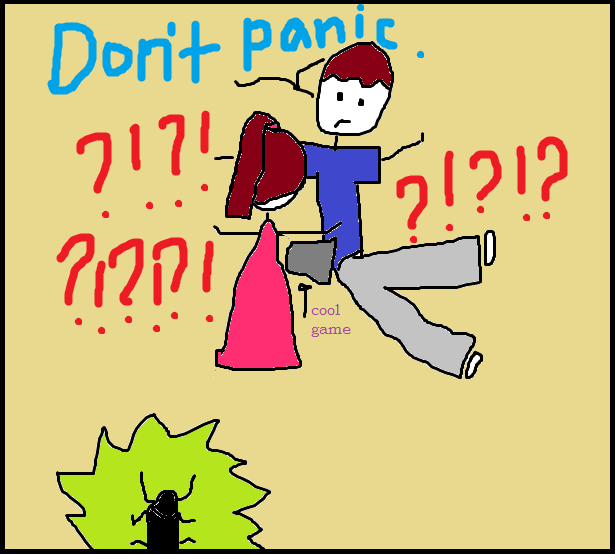 Of course, I seized up in complete fear and started squirming about. I mean, honestly, what the heck kind of reaction are you expecting when you look over someone's shoulder, find a terror-inducing creature, and then say "Don't panic"? I mean, really! By this time, Andy could catch a cricket with hardly any effort at all. As soon as he did, I sat up and said something to the effect of "IF THERE ARE ANY MORE CRICKETS, I'M GOING TO FIND SOMETHING TO PROTECT MY HEAD WHILE SLEEPING!" During my declaration and decidedly pathetic meltdown, Andy looked behind me at the arm of the couch and said once again in his unconcerned tone, "Don't panic."

I ran into our room and threw myself on the bed. There hadn't been very many crickets in our room, mostly out in the other rooms. But then there was one in our bedroom. Andy ran in and got that one while I was having an emotional breakdown on the bed. I grabbed the thing nearest to me, which happened to be a pair of Valentine's Day boxers (clean, mind you), and stuffed it on my head. I stayed like that for the rest of the night. 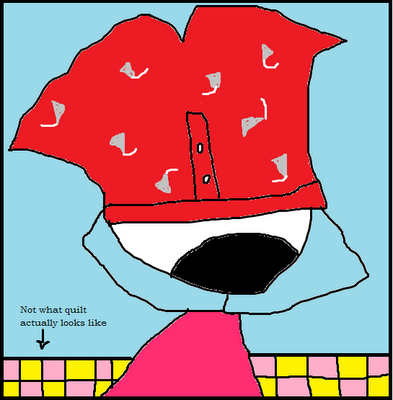 I just needed to last another day or two, when we would be driving out to Tennessee to visit my family for a week or so before Andy's job started and vacation days became a thing of theory, kind of like recess. Fortunately, the next day we found out that there was a hole in our living room floor behind the couch. We plugged it up, the bug killer dude came by and sprayed around the building, and our cricket problem was cut into a fourth of what it was before. We were very grateful. Of course, that meant that by the time we got home from our trip we had loads of dead crickets to clean up. And dried up cricket carcasses explode if you try to sweep them up. Just so you know.
Posted by Natashya at 11:28 AM 4 comments:

A Reason for Not Posting- Dear Grandpa

So, one of the many reasons that I have not posted for over two months is that my very beloved grandfather, Gary James Chelson, Sr., passed away on July 2. I flew from Austin to Portland to be with my family for the funeral service and the celebration of Grandpa's life. Rejoicing in conversation and song with a whole herd of extended family is a great way to recognize the wonderful posterity and legacy that Grandpa left behind.

The whole family was able to be there except for the two kids on missions, and Andy, who couldn't get out of work. It was great to have everyone together again. The last time that we had all been together was for a very different occasion- my wedding. That's when the family was last together, and we were all laughing and happy and rejoicing in the forging of a new family. Once again we were celebrating the bands of familyhood as we remembered Grandpa and his influence on our of our lives.

I, being one of the oldest grandchildren, remember a lot more about Grandpa than a lot of the younger children. Grandpa is very tall, a giant! And he has very, very large hands. His hands are strong, but very loving. Grandpa loves to serve, and he loves the gospel. He loves his Savior.

Grandpa played lots of games with the kids before his diabetes got worse. He would bounce us on his knees, and tickle us. He'd stick his thumb in your armpit and wiggle it around while demanding the return of his finger, while you were begging for the cessation of tickles. He would drop a dollar from up high, and you could keep it if you could catch it before it hit the ground. He would give shoulder rides. As his diabetes got worse, he lost one of his legs, his vision became poor, and he was not always lucid. But he would always say, "Hello, pretty girl!" when I came to visit him.

Grandpa has a wonderful bass voice. He sings very low! I think of him when I hear beautiful songs like "Shenandoah," which is one of his favorites. I'm sure he's back to singing again up in Paradise, meeting with all of his loved ones who passed on before him, including my aunt who died when she was four. It must be nice to see her again.

Though it is strange to think that Grandpa is not over there in Portland anymore, it is comforting to know that the gospel of Jesus Christ is a true gospel, and that families can be together forever. God be thanked for the gift of his Beloved Son, and the wondrous Plan of Salvation and Happiness.
Posted by Natashya at 9:54 AM No comments: 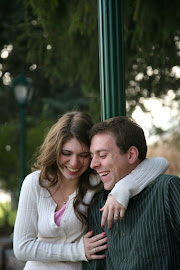